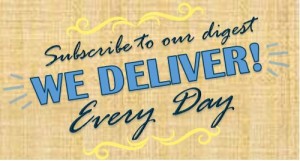 7,800 Children in Nunavut Are Missing out on Funding for their Future Education

Children in Nunavut are benefiting far less than their peers from the federal government’s education savings programs. Only 720 eligible children had ever received the Canada Education Savings Grant (CESG), and only 134 eligible children had  ever received their Canada Learning Bonds (CLB). The latter is especially concerning since the CLB program works to ensure that parents on low-incomes can start saving for their children’s education after high school, at no cost to themselves.

Despite Nunavut’s high income wage subsidy, the median after-tax income of lone-parent families in Nunavut was $45,761 (2011), well within the family net income requirements for the CLB. According to Employment and Social Development Canada (ESDC), more than 7,800 children in the territory are eligible to receive their funds (Dec 31, 2016). This is an equivalent of $3.5-$14 million dollars in total for the territory, depending on the amount of CLB funds each eligible child receives ($500 minimum to $2,000 maximum).

The CLB and the Financial Assistance for Nunavut Students (FANS) program

Parents may not realize the role that the Canada Learning Bond could play in their child’s future. While Nunavut’s Financial Assistance for Students from Nunavut (FANS) program will cover their child’s post secondary tuition and school-based costs, as well as some living expenses, the student handbook clearly encourages students to identify other sources of funding:

“The purpose of Nunavut’s student funding program is to help you with the costs of studies and training, not to cover all expenses.”
— Nunavut Student Funding Handbook (pg. 2)

The Canada Learning Bond is an additional source of funding that could cover financial assistance gaps that FANS does not cover:

FANS recipient Kelsey is studying Aboriginal Self-Government Administration at Red River College in Winnipeg, Manitoba. When asked about the value of education savings and the Canada Learning Bond, she responded: “when you’re away from home and if you don’t have any money, $2,000 can go a long way. It helps. It really does”. Kelsey recently shared her story about opening RESPs for her two young children.

Two other current PSE students, Mary and Joyce from Iqaluit, agreed that education savings could help students pay the high flight cost of visits home beyond the coverage provided by FANS.

Parents should be encouraged to claim their children’s CLB funding at no cost and through trusted, local Inuit-focused programs.

“We all know that education is the key to success and prosperity for young Inuit – a post-secondary degree opens doors to better careers and empowers the next generation to become better leaders”  — President, Qikiqtani Inuit Association (QIA)

The CLB has the potential to ignite families’ post secondary conversations today, and to fill funding gaps during their children’s post secondary studies tomorrow. As federal, territorial, and local governments recognize the power of post secondary to bring ‘greater self-sufficiency’greater self-sufficiency’, “improve overall wellbeing and economic prosperity”, and “empower the next generation to become better leaders”, it is important to raise Canada Learning Bond awareness and increase participation across Nunavut.

By Talya Rotem, MA Sociology and Equity Studies in Education. Talya is the Digital & Community Manager at SmartSAVER, and has been a volunteer blogger for Feeding Nunavut.